“If you’ve got something that is independent of your mind, which has causal powers, which you can perceive in all these ways, to me you’re a long way toward being real”, the philosopher David Chalmers recently told Prashanth Ramakrishna in an interview for the New York Times. Chalmers invoked remarks by fellow Australian philosopher Samuel Alexander who said that: “To be real is to have causal powers”, and science fiction writer Philip K. Dick who said that, “a real thing is something that doesn’t go away when you stop believing in it.”

Professor Chalmers’ comments were made in reference to the new and increasingly sophisticated world of virtual reality; something he believes has the status of a “subreality” (or similar) within our known physical reality. A place that still exists independent of our imaginations, where actions have consequences.

Chalmers draws parallels with our trusted physical reality, which is already so illusory on many levels. After all, the brain has no direct contact with the world and is reliant upon the mediation of our senses. As the mathematician-turned-philosopher points out, science tells us that vivid experiences like color are “just a bunch of wavelengths arising from the physical reflectance properties of objects that produce a certain kind of experience in us.”

He is certainly not alone in his observations. There is an established tradition of asking whether our worldly experiences are anything more than a deceit – a virtual dupe for the amusement of some higher power (see here and here). Within that scenario, a VR world would just be another virtual experience within an even larger virtual world.

Whatever the status of our more familiar reality, we may soon have problems distinguishing these so-called physical experiences from their virtual counterparts. Even in cases where the two are visually distinct, the salience of the acts committed in one may reverberate in the other – particularly when it comes to acts that provoke an emotional response.

How should we respond to distressing, manipulatory, or abusive behavior in an immersive and interactive environment? Particularly when it graduates from “content” to something much more like a lived experience?

In truth, these problems are already well on their way to becoming manifest.

Take online simulation environments like Second Life, where virtual simulations of child abuse are played out by consenting adults without legal implication. In 2018, a research report about “sexual ageplay” examined this phenomena – something that would become more widespread as more fluid and anonymous virtual environments arise – noting that in most jurisdictions there is no illegality as there is no direct harm to a child involved. This is in spite of other users sharing a “common understanding of sexual ageplay online as a form of virtual paedophilia rather than as a form of sexual fetish between consenting adults.”

Though this activity is characterized as “victimless”, Second Life’s creators Linden Labs have sought to police it with their community rules. But with ever multiplying virtual worlds there’s every likelihood new ones will spring up with “ageplay” as their specific purpose.  They’re playing a game of whack-a-mole.

The backlash by other Second Life users is interesting. Especially in light of the fact that same audience seem to view other “edgeplay” differently. The report tells us that: “…behaviors such as rape-play, murder-play, incest-play are broadly culturally accepted because they are constructed as only consensual fantasy and so not as reflecting or affecting the RL [real life] resident and their future behaviors.” 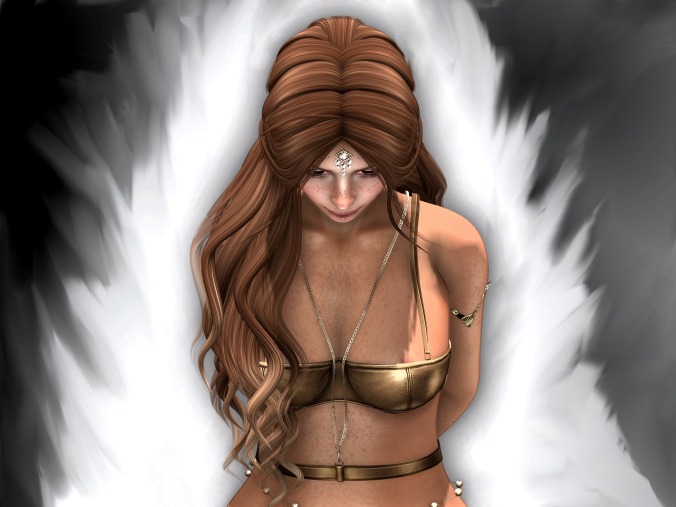 Though these users were accepting when it came to consensual examples, it’s more than clear that there are innumerable instances when sexual harassment and assault in virtual environments do not involve mutual consent.

In 2016, a woman named Jordan Belamire wrote about her experience of being sexually assaulted in a virtual reality game called QuiVR, where another (male) player started to virtually rub her chest, proceeding to give chase with “grabbing and pinching movements” when she cried out for him to stop (the game allows verbal communication). Understandably, Jordan felt extremely violated by the encounter even though no physical touching actually occurred.

This assault was both real and virtual. Using Chalmers’ criteria for reality  – it was independent of Belamire’s imagination, and it absolutely had a causal effect.

This intimidating situation is not an isolated event. Female users who regularly step into VR environments often have a string of similar examples to share. As avatars and self-expressions become more photorealistic, it’s still unclear how platforms and laws will adapt to this kind of behavior. As law professor Mary Anne Franks of the University of Miami has cautioned:

“We are nearing a situation where inputting a person’s body type with scary accuracy into scenarios where they can be raped, assaulted and even killed. You’ll never know if the guy in the cubicle next to you or the guy sitting across from you on the train isn’t doing exactly that on his phone.”

Dauntingly, this permissive VR environment is burgeoning in parallel with another phenomenon that allows bad actors to take control of another person’s body and identity: deepfakes. We have already seen this medium weaponized in ways that violate individuals – and particularly females – while escaping true accountability by playing along the tricky reality-simulation boundary.

Are we headed towards a virtual bedlam in which predators can recreate and operate our near precise human likenesses in the deeper, darker recesses of another reality? And perhaps even sell that access on?  The burden of proof falls on those who would deny this potential.

There are, of course, those who say that this is still a victimless endeavor. After all, this would not be you, or even your actual body. It’s an avatar or a likeness and there is no physical contact. Any violation is just a perceived one. Offensive, perhaps, but not an offense.

However, this diminishes the very real psycho-physical connection we feel with our likenesses – a connection that is only likely to grow stronger in the near future. In 2010, researchers demonstrated that a body ownership effect (comparable with the rubber hand illusion) can be triggered in virtual reality by tracking the subject’s body movements in microfine detail, the level of hand and finger movements and then reproducing these movements exactly in the virtual body. Most recently, another set of researchers found that this ownership effect was even reproducible in avatars of non-human animals, like spiders and bats. The MIT Technology Review is quick to point out that this effect has “inevitable applications in the world of pornography”.

So, if we have a perspective of our virtual body that countenances it as an owned form of sorts, isn’t any imposition on this form an imposition on the person that momentarily inhabits it? It certainly seems so, and there’s little doubt that there would be real psychological effects from its assault.

But now we have a problem. Even if we agree that the harassment or assault of a user in a virtual environment constitutes a real life harm, this does nothing to condemn the users involved in morally dubious ageplay posing as minors and abusers. After all, there is no complainant, so is there any real harm? We cannot assume, as Second Life community members did in the 2018 study, that behaviors in virtual reality are indicative of behaviors in real life. Nor can we make nebulous generalizations about behaviors it might promote that ultimately create real life harms to children further down some perceived causal chain. If we were to consider this was an issue of virtual bestiality – rather than virtual child abuse – undertaken by two consenting adults, it’s unlikely that we would use a “cruelty to animals” argument to lobby for its elimination.

And yet, just intuitively, virtual child abuse feels like something that should be objectionable to any right-minded person. So, how can we safeguard our new VR environments without falling prey to accusations of needlessly censoring victimless fantasy?

Perhaps the answer lies in examining precisely why certain acts of abuse are almost universally criminalized in the real world. Does it always rest on the harm to the victim? It strikes me that it does not. There are instances where we will condemn an act even when we cannot easily define its bad consequences. Indeed, some acts – like adultery, habitual lying, or dishonoring the dead – are often considered intrinsically wrong, regardless of whether there is any specific fallout.

This is undoubtedly a more complex scenario, but there is some precedent. In 2008, the United Kingdom outlawed cartoons of child sexual abuse. As in virtual worlds, no children are directly harmed in the creation and distribution of these illustrations, so it makes a useful comparator. It’s worth noting the comments of the then Parliamentary under Secretary of State for Justice, Maria Eagle that:

“This is not about criminalising art or pornographic cartoons more generally, but about targeting obscene, and often very realistic, images of child sexual abuse which have no place in our society.”

It is a broad and definite condemnation of the acts depicted. It’s about not wanting to inhabit a world in which such grave abuses can be trivialized and openly festishized by adults. An attempt to eliminate something that is toxic in its very depiction. 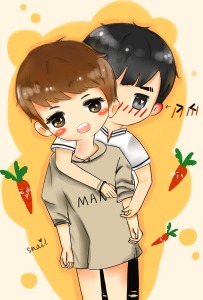 So, if  this type of victimless imagery is enough to make us, at the very least, extremely uncomfortable – if we can conceive of it as a kind of abuse in a civilized society – we should also consider performative sexual abuse in realistic virtual worlds just as troubling, if not considerably more so. And of course, many do. But as this new wild west opens up in front of us, it’s important we achieve some clarity on what constitutes an acceptable and profitable use, as well as what kinds of behaviors could act as contaminants. Particularly if, as Professor Chalmers would have it, virtual reality is actually another reality, not some lawless playground where anything that we can imagine can be enacted.

This is a slippery slope, of course. Gamers would be appalled if real world rules prevented them from enthusiastically shooting at their opponents in apocalyptic virtual worlds. Similarly, there are a great number of actions that are illegal in real life on safety grounds – like driving at great speed – for which VR could be the perfect outlet. We also know that it is a fantastic place to learn and practice special skills, like surgery, to actively reduce real harm. So, it appears the blanket application of laws from physical reality to virtual reality could undermine the best use of the medium and quickly deteriorate into farce.

Nevertheless, that doesn’t mean we shouldn’t give due consideration to which rules we can and should import. Where an action has true causal effect – on an individual or on broader society – it is appropriate that we take measures to protect those precious things. Not just in real life, but in all possible worlds.

2 thoughts on “If Virtual Reality is Reality, is Virtual Abuse Just Abuse?”