An edited version of this article appeared on the H+K Strategies website earlier this month. 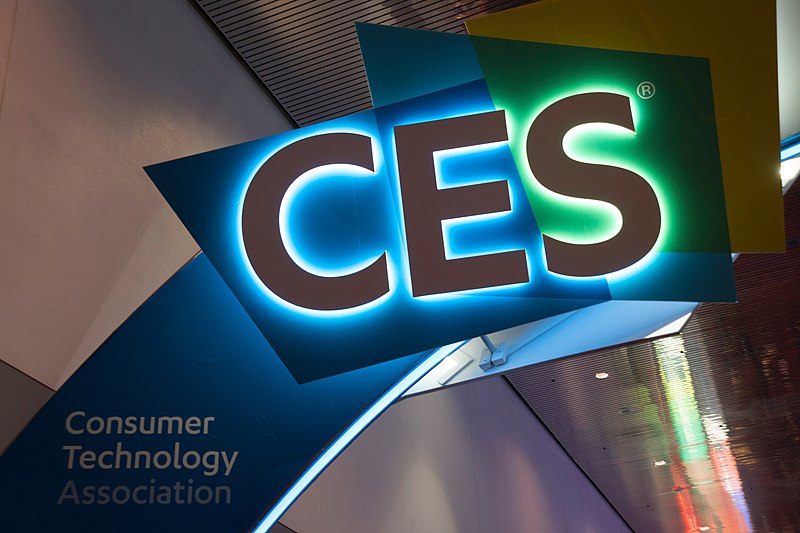 The dust has now settled after the madness of the world’s biggest annual tech fest, the Consumer Electronics Show (CES) in Las Vegas, NV. Since the show’s kick-off in early January, a parade of weird and wonderful new devices have dominated tech news and bylines; from lab produced pork to RollBot, Charmin’s robotic savior for those “stranded on the commode without a roll.”

The event itself really isn’t for the faint-hearted. It’s easy to feel overwhelmed by the sheer volume of companies vying to embed their (often ridiculous) tech gadgetry into our lives – both at work and at play. There is, of course, lots of money to be made from finding that elusive sweet spot; the point at which problem-solving, convenience, and affordability converge.

More than ever, tech grandees and start-ups alike are pushing products that play directly into our humanity. En masse, they’re making a calculated gamble that the next generation of technological artefacts will complement, critique, improve, mirror and/or mimic us in terms of both our physical and psychological activities.

By playing into our burgeoning vanity, our obsessive introspection, and our diminishing patience, tech developers are making a bold statement: no longer will they build products to merely attract consumers; they will build products around consumers. We are the back at the center of the tech universe. This was evident from the array of new and increasingly sophisticated devices seeking to plug each and every tech-free gap in our day-to-day lives.

Here are just a handful of examples of human-centered technology at CES 2020:

From toothbrushing to skincare evaluations, responsive AI-enabled technology is now here to make us better versions of ourselves. No longer needing to speculate about your own physical failings. Smart tech is here to compare and contrast you with millions of other users and let you know precisely where you fall short … warts, dry patches, fine lines and all.

In all seriousness, this push towards dynamic, personalized technology may have positive and far-reaching implications for the future of health and well-being. Smart devices like mirrors and toothbrushes might appeal to our vanity but, ultimately, they could help to identify the early signs of life-limiting conditions that are imperceptible to the human eye, improving opportunities for early intervention and preventive treatment.

Throughout modernity, engineers have been enthusiastically building robots to look (somewhat) like us, but efforts to humanize technology are now more nuanced than just adding a pair of soulless, unblinking eyes to some clunky hardware. Now systems are programmed to interact with humans in a way that anticipates – and evolves with – our needs, as learned through both instruction and the observation of our natural behaviors. Whether those needs are practical, care-driven, or emotional, technology is developing in lockstep with our ever-changing requirements thanks to smart sensors and advanced, real-time analytics. And attempts to uncover the secrets of the biological world aren’t solely driven by tech companies looking to build trust, empathy and dependence among their consumers. Smart makers also understand how a close study of natural behavior can inform better technology design – from autonomous vehicles to tech that seeks to combat climate change. This growing trend, known as biomimicry, takes inspiration from the ways in which organic matter, such as plants and animals, operate on both a physical and cognitive level after the benefit of millennia of design iteration.

Emerging technology is also nestling into our human experience by monitoring and interpreting our body language. Once a thing of science fiction, CES 2020 showcased the a number of “brain-computer interfaces,” including devices that can read our mental activity and respond to it in a way that can (reportedly) help de-stress, meditate, or focus better. The bigger players in this field even claim that their technology can translate human “thoughts” (brain signals) into action. I think, therefore I do.

This is entanglement of technology and humanity is surely as “up close and personal” non-medical tech has ever been.

Outside of this slightly spacey neural frontier, innovation in health and fitness has also progressed in recent years. The most impressive user-centered devices at CES this year were driven by swathes of biometric data including heart rate, blood pressure, and even posture. This data capture fuels a new kind of feedback that puts the ordinary user in the driver’s seat when it comes to their personal health, supplying information that was previously the sole purview of medical professionals.

Also in evidence was a push toward interoperability. Device-makers big and small have realized that their efforts to fill every blank space in our lives with convenience tech will be thwarted if they fail to form alliances with one another. Only with (carefully chosen) co-operation will they achieve blanket consumer coverage. And, from a user perspective, it is now within our grasps to control our increasingly smart homes – toilets, cat flaps, showers, blinds, and all – from one golden, mothership app.

Nowhere was this clearer than at the Amazon exhibit, which was a futuristic Ikea experience that shepherded delegates through a series of domestic environments connected by Alexa-enabled devices. Users can chat with friends on Facebook Portal while dispensing dog treats and choosing the playlist for your musical bed…all at the touch of a few buttons.

This is technology that orbits the user, and leaves you wondering what you’ll do with your extra leisure time once a week’s worth of chores is taken care of via a brief conversation with virtual assistant of choice.

One thing that all of these technologies have in common is that their obvious benefits come at the price of near ubiquitous surveillance, and there continues to be an open dialogue around how tech companies should strike a balance between this data-driven convenience and privacy. But outside of the more subtle personal surveillance associated with gadgets and wearables, there was also a noticeable trend toward security and surveillance technologies this year. There were Robocops, home security drones and an abundance of camera technologies for every possible environment. We are being watched, but we are also watching. Whether this new dichotomy with give rise to improved peace of mind or increased paranoia remains to be seen…

As tech companies work more consciously to augment our experiences with a closer eye on the user, it’s important they remember to respond to – rather than determine – our wants and needs. But one thing is for sure, with each CES we see small evolutions in the way that tech regards its consumer audiences. And though companies still scramble to colonize each and every moment of our lives there is now a subtle yet promising undercurrent that seems to acknowledge the importance of the human at the center of the piece. It will be an interesting theme to track.