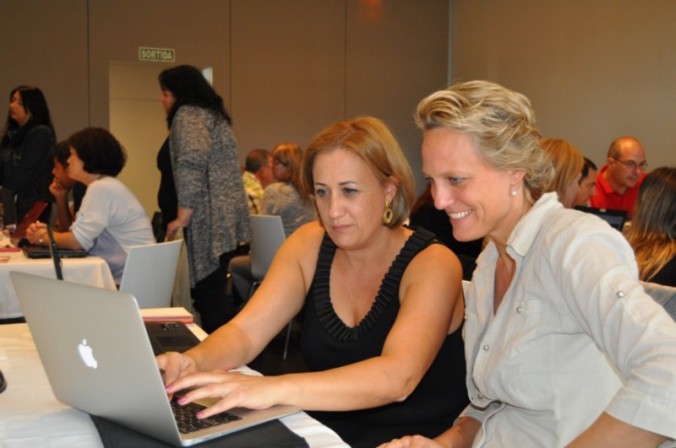 Not for the first time, Apple CEO Tim Cook has spoken out this week about how important it is for children to learn computer code. He’s not alone in believing that this “language of the future” will be critical for kids growing up right now. In a sea of unknowns one thing appears to be certain: technical understanding is a very valuable asset indeed.

It’s interesting then, that in spite of remarkable efforts to equip the adults of tomorrow with such skills, very little is being done to familiarize young adults, middle-aged parents, or retirees (with impressively long-life expectancies!) with the signature terms of the “AI Age”. This seems a like an oversight.

Are those of us beyond our mid-teens now lost causes? Will we soon be completely reliant on post-Millennials to guide us through life? What about those born in the 90s and early 00s – might they be outmoded before they can hit-their-stride? Hopefully not.

Getting to know technology needn’t involve intimidating language, nor require mathematical skill. Often just having an overview of the basics can empower, as well as inspire us to try to understand more. Here are just six as a place to start:

Big Data has recently been surpassed by AI as the main tech buzzword, and many argue that we should really drop the “big”. This gives a clue as to what it is: data. There are really just two important things to know when it comes to Big Data – where it comes from, and what it is used for. Big data comes from a huge variety of (often relatively new) sources, many of which are “human centric”. This means we all “omit” data as part of our so-called “digital footprint”, i.e. our interactions online, Google searches, energy usage, texts and emails, purchases, smart phones/connected devices, customer loyalty cards, travel passes, posted pictures, app usage, social media, etc. All the data is harvested by companies and governments who are interested in recognizing patterns in order to make predictions and/or well-informed judgments. Importantly, because the information is so dense, they employ artificial intelligence which uses the data as “fuel” to make quick and accurate deductions with regards to its assigned task (see above). The AI may then suggest a course of action, or even act upon these data-fueled judgments itself (consider a driverless car). Many AI systems can also use Big Data to learn, and improve the accuracy of their task execution; this is known as “machine learning”, which is a branch of artificial intelligence. Examples of Big Data: Twitter feed, Fitbit data, data from connected cars.

Algorithm is hardly a new term, but it has recently received a lot of attention. It is usually described as a process or set of instructions to be followed when conducting calculations. It can be helpful to think of it as a kind of recipe that drives towards at a successful solution, e.g. a cake. In a computational setting, the algorithm enables the artificial intelligence to complete a task methodically. But the recipe analogy is not comprehensive. In machine learning (mentioned above), vast datasets are used to train algorithmic models, which are then used to predict things based on new information. For example, big banks of email data might be used to train a model to algorithmically determine which emails are legitimate and which are spam. Once the model is trained to detect spam accurately using specific features of an email, it can be turned loose on new data (i.e. all subsequent emails). There is concern at the moment  about “algorithmic bias” and “algorithmic accountability” because often the datasets used to train algorithmic models can contain biases, or can be unrepresentative when the information relates to members of society. Examples of algorithms:  any step-by-step process that helps accomplish a task.

Also known as “IoT”, the Internet of Things is the term used to describe the vast network of connected devices that exist in our physical world. These items usually give off and utilize data for their functions. For example, a Fitbit-style device might tell data gatherers what my heart rate is whilst I’m running. They can then aggregate this with data from other users to determine an average or ideal heart rate, which, in turn, the device can judge my heart rate against (like a feedback loop!). Experts say that there will be as many as 30 billion IoT devices by 2020, including smartphones, connected cars, washers/dryers, heart implants, robotic vacuums, wearables, animal chips, smart bridges/infrastructure, etc. All these things can be sensed or controlled remotely. Examples of IoT devices: Amazon Echo, Fitbit, driverless cars.

Many of us will already know – roughly – what bots are. They are a type of automated script or AI that can mimic human behaviors on the internet. There are literally millions of them. It’s easy to talk past one another when discussing bots, however, as they can mean different things to different people. Here’s a brief (and non-exhaustive) overview of the bots we may come across:

Last but not least, you’ve no doubt heard of virtual reality (VR), but do you know of its cooler cousin, augmented reality (AR)? Think Pokémon GO. The uses of this kind of graphical overlay, however, are multiple, and it’s gaining in popularity. Unlike virtual reality, augmented reality doesn’t require bulky, restrictive (and expensive) headgear; many apps are already available on your smartphone. For example, the Blippar app (which uses AI) lets you discover more about your environment simply by positioning your camera. It does what the name suggests: it augments the real world with images, information, sounds, video, or GPS information. It does not replace the real world, unlike virtual reality. Although it is still in its infancy, augmented reality could be used in entertainment, education, construction, visual arts, retail and medical, to name but a few. Examples of augmented reality: IKEA Home Planner, Pokémon GO, Blippar.

This is not an exhaustive list, and nor is its contents comprehensive (or flawless, for that matter). It’s intended as a shareable guide for adults – many of whom feel as though they are falling behind in a world where data scientists and marketers are beginning to run rings around them in an increasingly unedifying way.